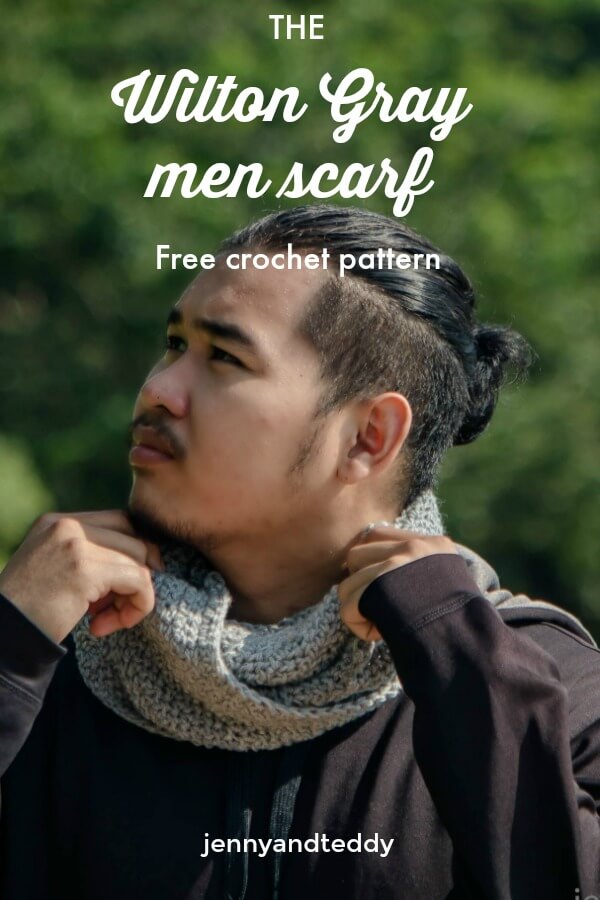 Here another crochet men scarf for you guys to make and love. I am please with the texture and the stitch look when it finished what a pretty scarf and so simple, easy to works up really quick. I am used 6 mm crochet hook which is a big hook. 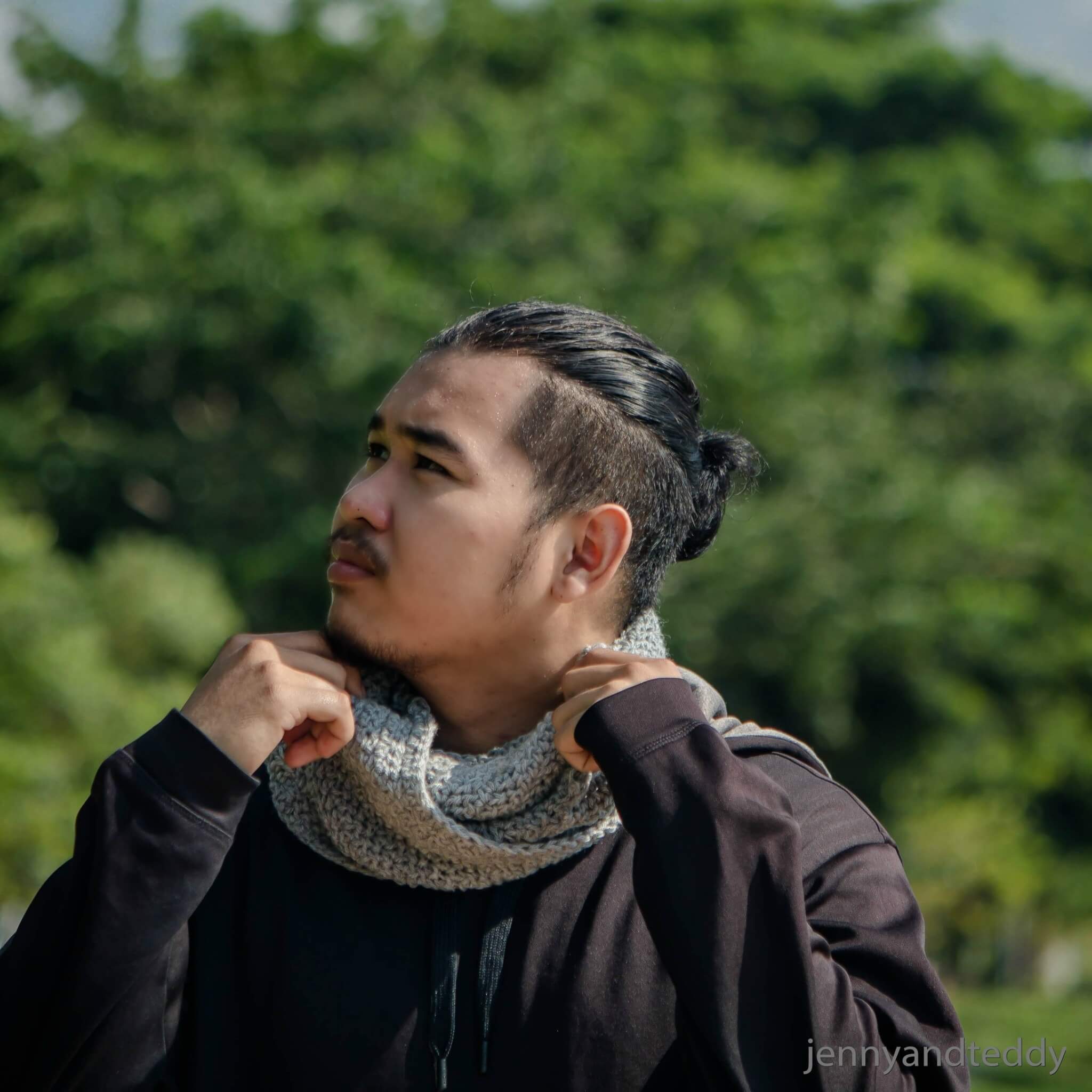 This pattern is use   Herringbone half double crochet  .When I first learn this stitch from my favorite crochet blogger  Tamara of moogly blog, she have a great  tutorial plus a video for you guys to master it^^. 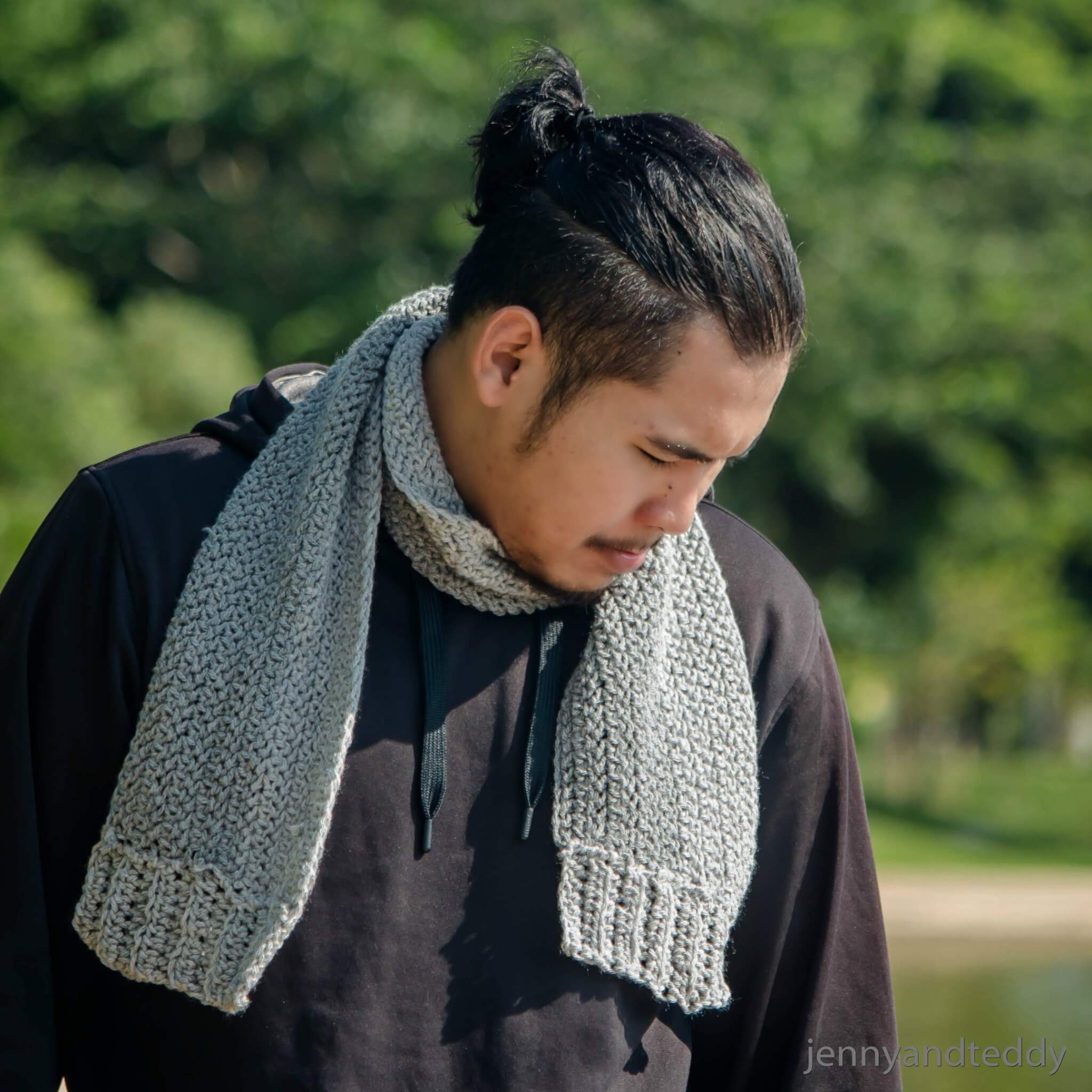 Get the free pattern below or this pattern is also available as an inexpensive, ad-free, PDF printable instant download  in my etsy shop. Thank you so much for your love and support. I am really appreciate you.

You will need to know how to make

-hdc which mean half double crochet

-Blo which mean crochet in back loop only

This pattern is made for beginners!  There is a basic skill level required to make. 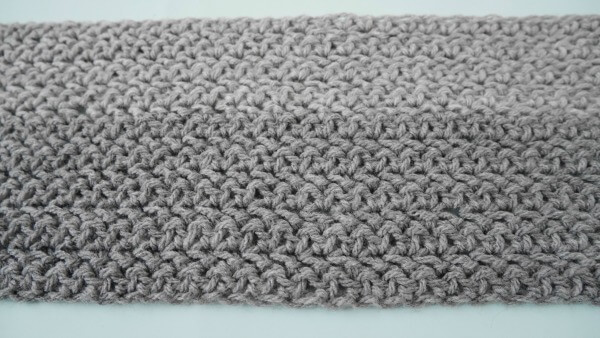 Add to your ravelry queue.

Row1.    Hhdc  in the next chain from hook,  then Hhdc in each chain across until the end of  the row, ch1 turn.

Row2.   Hhdc  in next  stitch from hook, and in each st across until the end of the row. ch1 turn.

Fasten off and leave long tail for sewing. 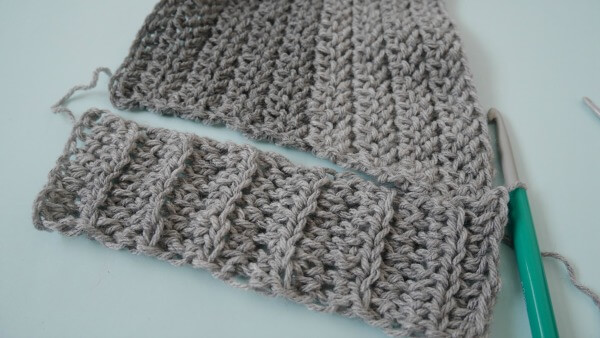 The band we make separate from the long scarf.

Row1.    hdc  in the next chain from hook,  then hdc in each chain across until the end of  the row, ch1 turn.

Row3-11. Repeat row 2  or until you get the length that match the width of the scarf.

Fasten off and leave long tail for sewing.

Line up the end of the long scarf and the band.

Using your yarn needle and whip stitch to attach the band and the scarf together.

Tie off and weave in end.

Do you have the link to the matching beanie please.

I am just finishing off my scarf. It looks lovely.

Hello, I am Jane.